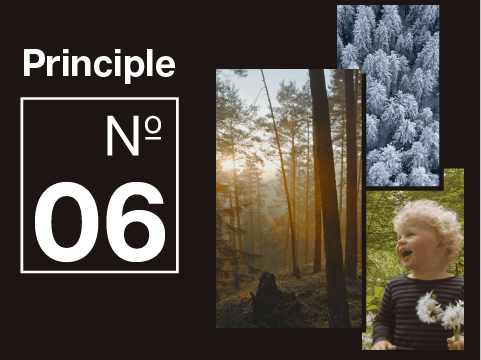 Need inspiration for some fun, STEM projects to do at home? Check out the new YouTube series “Make with me”! Join the Modular Robotics staff 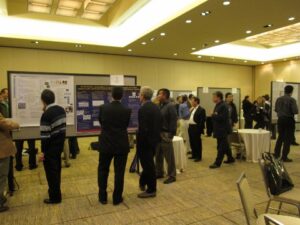 Emerging Frontiers in Research and Innovation

I’m at the National Science Foundation in Washington, DC for the annual Emerging Frontiers in Research and Innovation meeting.  Mark Yim gave the talk for

There’s a quirk in the way our brains work. If we can label something with a word, we tend to think we understand it. If you want to check yourself, pick an object like a zipper, a feather, or a forest.

Now, imagine trying to explain how that object works in detail – as if you were describing it to a toddler.  I find myself reaching the limitations of my knowledge quickly and often as I try to help my son learn about the world. Recognizing my limitations has taught me a trick to build a better understanding of how things work.

Let’s start by looking at a forest. At first glance, it’s relatively easy to think we know what a forest is. You might think of a forest like a bunch of trees. Maybe you can define it with a bit more precision if you do some quick Google research? I found that the Food and Agriculture Organization defines forest as 0.5 hectares of land with greater than 10% tree cover – trees must also be taller than 5 meters in height.

While more precise, this definition doesn’t do much to help us understand how a forest works. So, what makes a forest a forest?

Old nature documentaries portray ecosystems as fields of competition, with predators and prey locked in a life-and-death chase. Meanwhile, plants engage in a different sort of race – slowly climbing past each other to capture as much sunlight as possible. It’s as if nature is a game that prioritizes the needs of one lifeform at the expense of everything else. However, recent scientific studies have shown that something altogether different is happening beneath the surface we see.

To get to the root of the matter, we needed to discover how plants interact. The first glance at a forest reveals what we can see above the surface – plants compete for sunlight. But subsequent studies showed new forms of interaction. By examining the interactions between things, we can build a deeper understanding. Everything starts with interactions.

Beneath the forest floor, we would expect to find a tangled web of plant roots. But what scientists didn’t expect was a network of fungi that connected the roots of each plant – they called it the Mycorrhizal network. It’s a system of fungal filaments that connect plants. The Mycorrhizal network facilitates the sharing of critical nutrients and can even pass information between plants. It’s a sort of natural economy that plants use to even out imbalances. A plant may take in extra food if needed or even give nutrients to the network if it is dying.

While we are still exploring the mechanisms behind these exchanges, the Mycorrhizal network reveals that plants are more than mere competitors. A forest is something that emerges from the interactions of plants and the fungi that connect them. The strength of one is the result of the contributions of the many that surround it. It sort of gives new meaning to the old saying of seeing the forest for the trees, doesn’t it?

So, if you want to build better thinkers – young minds that can grasp not only the labels but the meaning of new things, I suggest you spend ample time exploring the ways that things interact. Everything starts with interactions.